In 2021, we achieved steady state operations at the 50% owned Gruyere Gold Mine in Western Australia (a 50:50 Joint Venture with Gold Fields Ltd), a Tier 1 low-cost and long-life asset with current mine life in excess of 10 years.

*Tier 1: 10 year mine life; greater than 300,000 ounces per annum; large Ore Reserve and costs at the lower end of the cost curve.

The Gruyere Gold Mine was discovered by Gold Road in October 2013 on the South Dorothy Hills Trend, 25 kilometres north-east of the Company’s original Yamarna Belt discovery, Central Bore.  Within 10 months of Gruyere’s discovery, Gold Road had defined a significant high-grade gold deposit and announced a maiden JORC 2012 Mineral Resource of 96.93 million tonnes grading 1.23 grams of gold per tonne for 3.8 million ounces of contained gold.

The Gruyere Open Pit Mineral Resource has since grown to 153 million tonnes grading 1.33 grams per tonne for 6.51 million ounces of contained gold, making it one of the largest virgin gold discoveries in Australia.

After completing positive Feasibility Studies on Gruyere, Gold Road announced in November 2016 it would sell 50% of the Project to leading international gold producer Gold Fields Ltd for A$350 million in cash plus a 1.5% Net Smelter Return royalty on production over 2 million ounces.

The transaction fully funded Gold Road for its 50% share of development capital de-risking the Project through the introduction of a partner highly experienced in the development and operation of open-pit gold mines.

Construction of the Project which commenced in 2017 was completed in 2019 with first gold delivered in the June 2019 quarter.

The Gruyere Gold Mine, located approximately 1,200 kilometres north-east of Perth in Western Australia’s north-eastern Goldfields, is a 50:50 joint venture between Gold Road and Gruyere Mining Company Pty Ltd, a member of Gold Fields Ltd and the manager of operations.

In February 2021, Gold Road released a 3-year production outlook that shows a 35% to 50% increase in annual production to a sustainable circa 350,000 ounces per annum by 2023 . The 3-Year Mine Outlook depicts an improving trend with higher head grades and increased throughput combining for a favourable impact on production and AISC. This enhanced production outlook requires minimal growth capital expenditure.

The operation is a fly-in fly-out site and more information on working at Gruyere can be found on our careers page. Ms McComish has extensive financial, corporate, ESG and board experience across multiple sectors, principally in energy and natural resources, financial services and infrastructure, and is a highly experienced and credentialled accounting and audit professional. Denise was a partner with KPMG for 30 years, specialising in audit and advisory services. Leadership positions held included KPMG Australia Board member and National Mining Leader.

Ms McComish is a Fellow of Chartered Accountants Australia and New Zealand and a Member of the Australian Institute of Company Directors. Ms McComish was awarded an honorary Doctorate of Business from Edith Cowan University and in 2018, she was recognised in the Top 100 Global Inspirational Women in Mining. Mr Mullumby brings to Gold Road an extensive global career in Finance and Commerce, the first half being with a global accounting firm in Australia and London where he worked across a range of industries and service lines with a focus on Audit, Tax, Strategic Consulting and Corporate Finance.

The second half of John’s career has been focussed on Mining with a range of senior leadership roles spanning Business Development for a global base metals company in Zurich, site-based roles in the United States and PNG as a Commercial Manager and General Manger and leading the Commercial Group for Australia’s largest gold miner, Newcrest Mining. 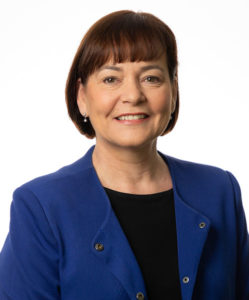 As a Co-Founder/Director of Energy Access Services, who operate an independent Western Australian (WA) focused digital trading platform for wholesale gas buyers and sellers, Ms Arnason has experience in the start-up, commercialisation and innovation space and was recognised as one of the Top 100 Global Inspirational Women in Mining in 2018.

In her executive career, Ms Arnason was a member of divisional leadership teams for several listed companies with businesses and services located globally. She has worked in many complex corporate, site and project environments with a focus on risk and reputation and has expertise in strategy, sustainability, risk, stakeholder relations, transformations, corporate affairs including government, indigenous and regulatory, divestments and integrations.

Ms Arnason joined the Gold Road Resources Board on 15 June 2020. 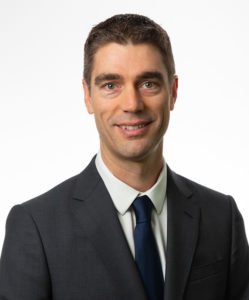 Mr Muir is a finance professional with over 20 years’ experience, predominantly in the mining sector, holding a variety of senior finance roles with ASX and TSX listed entities, across a diverse range of commodities including gold, zinc, copper, lead, vanadium, iron ore and mineral sands.

His experience and responsibilities have included corporate finance, commercial and procurement, project evaluation and corporate governance, and he has been instrumental in establishing business systems to transition assets from project development phase through to successful producers.

Mr Muir holds a Bachelor of Commerce from Curtin University, is a Fellow of the Institute Chartered Accountants Australia and New Zealand, and is an Associate of the Institute of Chartered Secretaries and Administrators. Mr Muir is also a member of the Chamber of Minerals and Energy – Economics and Tax Committee. 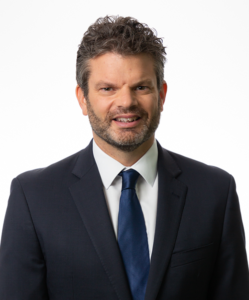 Mr Hughes is a geologist and former mining analyst with 20 years’ experience in mining, resource development and exploration across multiple commodities.

With over 10 years as an exploration geologist he has been involved in the discovery and definition of a number of gold and Nickel deposits.  Mr Hughes has subsequently spent almost 10 years as a mining analyst, initially as a fund manager and later as a sell side analyst in the UK and Australia Duncan holds a first class honours degree in Geology and an MBA in Investment and Risk. 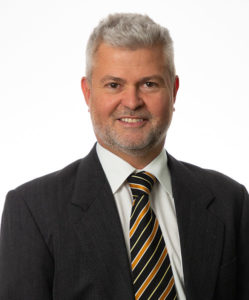 Mr Gibbs joined Gold Road with over 30 years senior and executive positions with AngloGold Ashanti, Acacia and Shell-Billiton. Mr Gibbs was instrumental in leading the exploration, discovery, and development of the >8Moz Tropicana gold mine and was the inaugural General Manager. Mr Gibbs was General Manager at Sunrise Dam, one of the largest underground gold mines in Australia. As AngloGold’s Exploration Manager for Australasia Mr Gibbs managed exploration teams across Australia, China, Mongolia and joint ventures in south-east Asia.

As Managing Director and CEO, Mr Gibbs is the conduit between the board and management and is responsible for the implementation of board-approved sustainability and climate change strategies and policies. 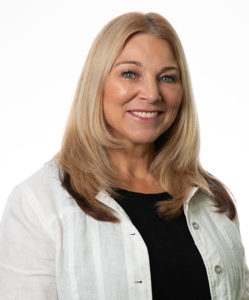 Ms Goddard joined Gold Road in June 2011 and has more than 20 years’ experience in mining, agribusiness and legal.

Previously Ms Goddard was Practice Manager for a corporate law firm and was instrumental in the fit-out and set-up of the newly merged practice, including implementation of an IT solution, financial and human resources functions and risk and compliance.  She worked for Wesfarmers as Executive Assistant to the Finance Director assisting with all investor relations activities, including reporting and briefings.

Ms Goddard has been a Director of Direct Reach Ethiopia since 2014, is a Council member of the Association of Mining and Exploration Companies (AMEC), and Secretary of the WA Mining Club.

Ms Goddard holds a Master of Business Administration, is a graduate of the Australian Institute of Company Directors and has a Diploma in Financial Markets. 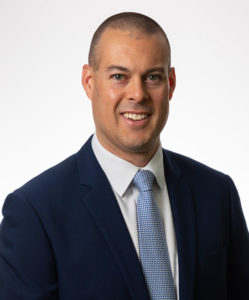 Mr Jenner is a people capability professional with more than 20 years’ experience in senior leadership roles across mining, mining services, government, defence, retail and private enterprise. He joined Gold Road Resources in September 2017 and is responsible for the following functions:

Prior to joining Gold Road Resources, Mr Jenner was a leadership and people capability consultant with Eyezon Group and the Institute of Executive Coaching and Leadership, where he coached and developed leaders at all organisational levels, from Boardroom Directors to Frontline leaders. Mr Jenner has held senior HR & HSE leadership roles in mining and mining services including being the Executive General Manager – People Capabilities with Emeco Group, where he led HR, HSE & IT globally, senior operational health and safety roles with St Barbara Limited and people transformation project roles with Newcrest Mining.

Mr Tyrrell is an explorationist with more than 20 year’ experience in the minerals industry with a primary focus on gold. He joined Gold Road Resources in January 2021 and is responsible for leading the Discovery team in the pursuit of significant new mineral discoveries that support the Company’s strategic pillar for organic growth.

Prior to joining Gold Road Resources, Mr Tyrrell was the North American Exploration Manager at AngloGold Ashanti, where he played a significant role in rebuilding the regions exploration hub, while contributing to the exploration groups track record of discovery. Mr Tyrrell also held other senior roles with AngloGold within Australia during his 10 year tenure with the company. Prior to AngloGold, Mr Tyrrell held exploration roles at Newmont for more than eight years and over the course of his professional career has explored a range of jurisdictions, including Australia, Papua New Guinea, South America and the USA. 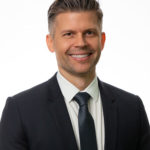 Mr Tyrrell is an explorationist with more than 20 year’ experience in the minerals industry with a primary focus on gold. He joined Gold Road Resources in January 2021 and is responsible for leading the Discovery team in the pursuit of significant new mineral discoveries that support the Company’s strategic pillar for organic growth.

Prior to joining Gold Road Resources, Mr Tyrrell was the North American Exploration Manager at AngloGold Ashanti, where he played a significant role in rebuilding the regions exploration hub, while contributing to the exploration groups track record of discovery. Mr Tyrrell also held other senior roles with AngloGold within Australia during his 10 year tenure with the company. Prior to AngloGold, Mr Tyrrell held exploration roles at Newmont for more than eight years and over the course of his professional career has explored a range of jurisdictions, including Australia, Papua New Guinea, South America and the USA. 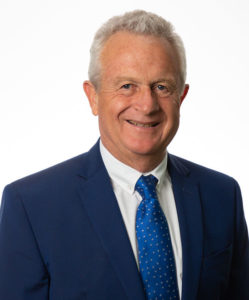 Mr Netscher joined the Gold Road Resources Board on 2 September 2014.  Mr Netscher was elected Chair of the Board on 1 July 2016.

Mr Netscher joined the Gold Road Resources Board on 2 September 2014. 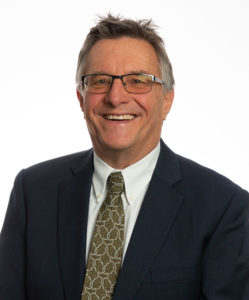 During  his  27  years  with  Newmont Mining  Corporation, Mr  Levet’s  exploration  and  team leadership skills resulted in a number of major discoveries, including:

He is currently a Non‐executive Director of EMX Royalty Corporation, which is listed on the TVX-V and NYSE stock exchanges.

Mr Levet joined the Gold Road Resources Board on 1 August 2017. 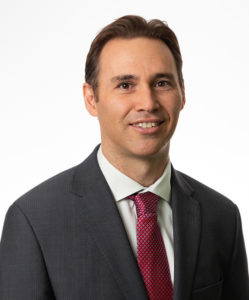 Mr Bartrop is a lawyer with more than 15 years’ experience in the gold industry in legal, commercial and business development roles. He joined Gold Road Resources in March 2016 and is responsible for the legal and company secretarial functions and identifying business development opportunities for the future growth of the company.

Prior to joining Gold Road Resources, Mr Bartrop was Director of Legal and Business Development at Barrick Gold Corporation, and played an instrumental role in the divestment of US$1.25 billion in assets, including the sale of Cowal, Kanowna, Plutonic, Granny Smith, Lawlers and Darlot operations in Australia and a 50% interest in Porgera in Papua New Guinea. Mr Bartrop also held several other roles in the Australia Pacific region at Barrick Gold Corporation during his career, including Manager of Growth and Business Development, Legal Counsel and Contracts Superintendent. Mr Bartrop started his career as a lawyer for Deacons.

Mr Bartrop holds a Master of Business Administration (High Distinction), Bachelor of Law and Bachelor of Commerce (Finance and Banking).